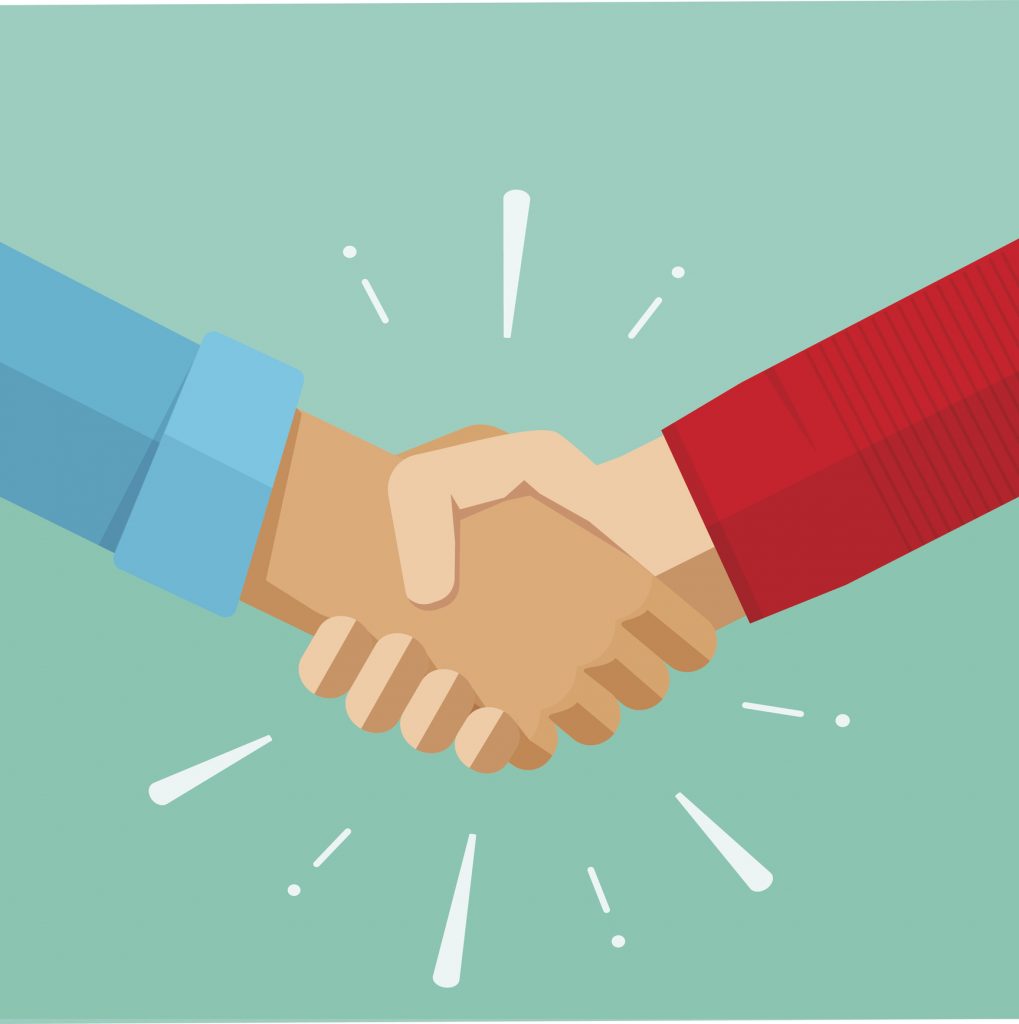 Recently there has been more than the usual attention paid to the handshake. You know, that age-old tradition of meeting and greeting by extending one’s hand to another. After centuries it appears that not everyone has perfected the practice. It doesn’t seem that it would be hard to get it right; but if your experience is like mine, you never know what you are going to get when you offer your hand.

The handshake is the unspoken message that accompanies our words. It has existed in some form or another for centuries, but its origins are slightly murky. One theory is that it began as a way of conveying peaceful intentions. By extending their empty right hands, strangers could show that they were not holding weapons and bore no ill will toward one another. It has even been suggested that the up-and-down motion of the handshake was intended to dislodge any knives or daggers that might be hidden up a sleeve. Another explanation is that the handshake was a symbol of good faith when making an oath or promise. By clasping hands, people showed that their word was a sacred bond.

The correct way to shake hands is to make contact “web-to-web” with the other person’s hand. Begin by extending your hand with your fingers together, in a vertical position, with the thumb up and slightly to the side. Once you make contact with the web of the other person’s hand, close your thumb over the back of the hand and give a slight squeeze with your fingertips. Now this is where so many people go wrong. Some move in for the kill and give a bone-crushing handshake causing pain. Then there are those who stop at the first hint of contact. They never add the little squeeze that indicates a bit of life, energy or enthusiasm. The result is the “wimpy” or “limp” handshake. Then how about the person who won’t let go? Try as you might, you are locked into what seems to be an eternal grip.

It is considered impolite to refuse to shake a hand that is offered, but be prepared in case you meet someone who says “No” to handshakes because of arthritis, joint problems or illness. The one who is unable to shake hands should always offer an apology and a brief explanation so the other person does not feel shunned. If you encounter someone who does not respond in any way to your outstretched hand, let it go. It’s awkward but not your problem.

In spite of the casual trend in business today, a proper handshake will always be a powerful gesture that demands attention, conveys courtesy and communicates power and status. Make sure you send the right message.

Lydia Ramsey is a Savannah-based business etiquette expert, speaker, trainer and author. Contact her at 912-604-0080 or visit her at LydiaRamsey.com to leave a comment, ask a question or learn more about her programs and products